Warning: Use of undefined constant auto - assumed 'auto' (this will throw an Error in a future version of PHP) in /home/customer/www/withthegrains.com/public_html/wp-content/themes/thatcher-and-thorne/functions.php on line 30
 About - Harvest & Gather Top

The underlying theme of the Harvest & Gather series is the idea of transformation. First, we partner with chefs who have transformed the Pittsburgh food scene through their focus on local agriculture. Second, we find venues that are typically unavailable to diners and transform them, through design, into a one-night-only experience, often breathing new life into forgotten spaces. Lastly, the series as a whole narrates the process and reasoning behind transforming blighted, abandoned lots into Hazelwood Urban Farms. We don’t just believe in local food, we grow it, eat it and celebrate it!

Harvest & Gather was founded by Kyle Pattison & Quelcy Kogel (and their sheepdog Julep) as a way to combine their many shared passions and creative talents. 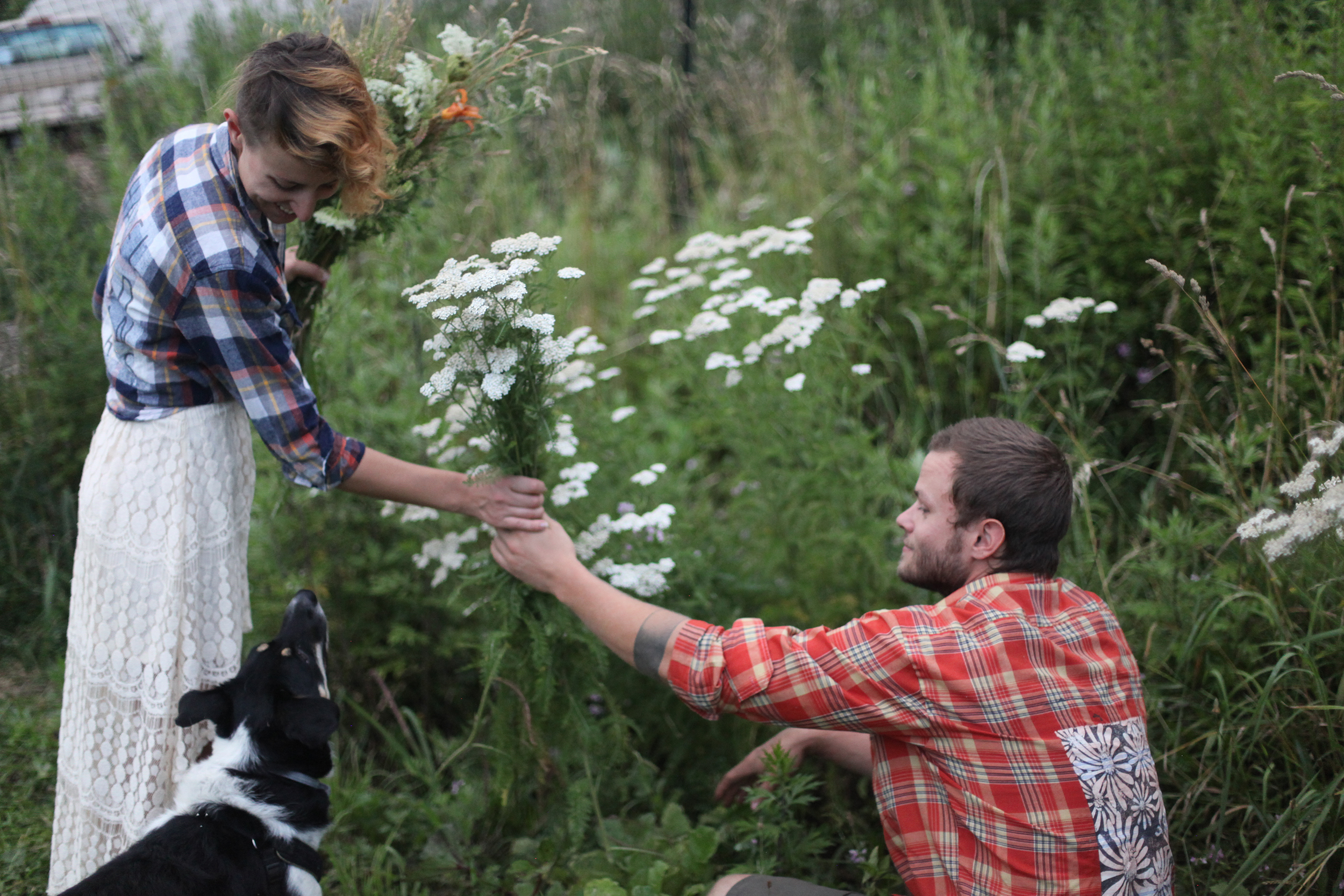 Born in the cornhusker state and raised near the city of Brotherly Love, Quelcy grew up drawing floor plans of her grandparents’ South Dakota farmhouse. Design (and farms) were in her DNA. She came to Pittsburgh to study architecture at Carnegie Mellon University, but she translated her love of design into a path in food styling and event design. Having seen the struggles of small time farmers and producers firsthand, she became a passionate advocate for local food. Fittingly, she fell head over heels for Kyle and became a farmhand. She frequently blogs about her farm-inspired, whole grain recipes on her food blog, With The Grains. Her work as a food stylist introduced her to many of Pittsburgh’s best chefs and inspired her to create a different kind of farm dinner, in which food and design play a part in the farm’s narrative.

Kyle Pattison grew up north of Pittsburgh, where his grandfather instilled in him a love of both the outdoors and the arts. He moved to the West Coast to pursue a career in graphic design, but after living on a family farm in Hawaii and tending to a farm in a small, Alaskan fishing town, his passion shifted to agriculture. Kyle returned to Pittsburgh in 2013 and discovered a completely different city with farm-to-table restaurants and farmers’ markets. He had long been moving towards a farm of his own, and he quickly realized Pittsburgh was the place to create it. A string of south-facing, vacant lots led Kyle to explore Hazelwood, and the receptive community convinced him he had found the right spot. In March 2015, he broke ground and founded Hazelwood Urban Farms. Kyle couldn’t help be smitten by Quelcy, who always finds unique ways to transform his farm-fresh ingredients into hard-earned meals.